skip to main | skip to sidebar

Thanks for stopping by.  I have had to take a break from the blog for a while.  Maybe if things calm down, we'll be back at some point.
Posted by JennM at 1:12 PM 1 comment:

Behind the Scenes at Oprah with Rob, Kristen, Taylor

Fun video of Rob, Kristen and Taylor behind the scenes at Oprah.

A few reports have surfaced this morning saying that Summit has revealed an official release date for BREAKING DAWN..... November 18, 2011.   This makes sense and falls in with the TWILIGHT and NEW MOON release dates.

This means two things to me 1)  Only one release date, means only one movie - if this is true, it  makes me happy  2) We have to wait a year and a half after ECLIPSE - this makes me sad, but also kind of happy since they will have time to work on it and really do it right :-)


Note:  So The release date is official from Summit.  And many are still specualting that there will be 2 movies and are citing "inside sources".  We'll have to wait and see.
Posted by JennM at 7:55 AM No comments:

BREAKING DAWN News!! Director Named and Stephenie Meyer to be a Producer!!

Check it all out here.

I think it's awesome that Stephenie will be involved as a Producer.  I think that having her close by on this one will prove to be a HUGE asset.
Posted by JennM at 2:03 PM No comments:

YouTube User OasisTwilight has taken the 2 ECLIPSE Trailers and put them together for an extended HD trailer.  Love the fans who do these things and share them with everyone!  :-)

I just have to say, one of my biggest complaints about the trailers is how stinking unresponsive and indifferent Bella looks with Edward, when he is declaring his love, giving her the ring, holding her in the meadow.... I feel like a crap for picking at it like that, because really I like most of what I have seen BUT I get so frustrated with the Bella/Edward relationship connection (or lack of) in the movies sometimes. In the book she had strong reactions, I hope we see them in the movie :-) Rant over.  Enjoy the trailer.
Posted by JennM at 8:08 AM No comments:

It looks like in honor of the new trailer, the official movie site got a facelift!!  It looks great and gives us some close up shots of the cast members' ECLIPSE looks.

Can't wait to hear what everybody thinks about it!!
Posted by JennM at 10:45 PM No comments:

The Twilight Lexicon has posted some more info about the trailer being released later today. We already know that it will be revealed on Oprah, but now Summit has confirmed that the trailer will be released On-Line at 8pm EST on the following URLs:
EclipseTheMovie.com
Facebook.com/Twilight
MySpace.com/Twilight
YouTube.com/OfficialTwilightFilm
Twitter.com/Twilight
I believe The Lexicon (or possible Summit) will also be hosting a chat after the trailer reveal.  Check it out here.
Posted by JennM at 12:35 AM No comments:

Labels: Get Together, NEPA, Northeastern Pennsylvania

ECLIPSE Director David Slade tweeted tonight telling us all that the ECLIPSE Score is complete!!! 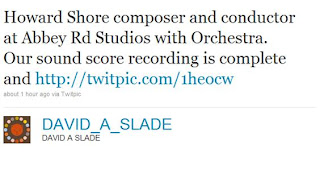 The picture he included was this one of the Orchestra 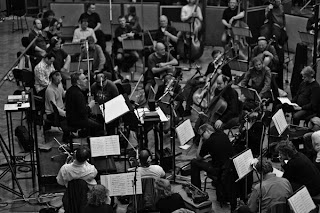 The final ECLIPSE trailer will be revealed on Friday on OPRAH!  Here in our area Oprah can be seen on  NBC at 4 pm.

Some of the fansites have a little clip of something she showed today as a preview, check it (as well as a few screecaps) out here.
Posted by JennM at 10:21 PM No comments:

With only a little over 2 months until the release of ECLIPSE new reports have surfaced that some key scenes need to be re-shot in Vancouver.  LaineyGossip has the Exclusive Report.  I know not everyone likes her (she's not a Twi-Fan, I happen to like her anyway LOL) but she is in Vancouver, seems to have some good contacts and is usually VERY accurate!
Read her exclusive here and tell us what you think about it.

I have chosen to completely ignore the mention of one Catherine Hardwicke... la la la la
Posted by JennM at 2:09 PM No comments:

Ever Wonder WhyThere's No Blue in The Twilight Movies? Blue October, That Is...

It's something most of us have discussed at one point or another.  Blue October was one of the major influences in Stephenie's writing of the Twilight Sage.  Justin Furestenfeld, lead singer and songwriter of BO, headlined the Breaking Dawn Tour with Stephenie Meyer.  But after 2 movies, still no Blue!  (Disclaimer: I am a HUGE HUGE Blue/Justin fan and my opinion has always been that if BO didn't want to be on the soundtracks, OK BUT if they were overlooked, grrrrrrr, not OK!!)

Justin made a very interesting comment on this subject, in an interview out today with BLAST Magazine

Well now, If Blue October really wanted/wants to be on one or more of the Soundtracks and has, for some reason, not been included, I am so VERY disappointed.  I mean come on, specific songs (cough, HATE ME, cough) inspired specific scenes, so it's not like their music doesn't fit.  Personally, as a Blue October/Justin fan I have my own opinions on this, but I'll blog about them on my own blog later today :-)


Rumors circulated last year that Blue October, who toured with Meyer, would have a song on one of the Twilight soundtracks. But it never came to pass, and the reasons behind it remained a mystery.
“Me and Stephenie Meyer are great friends,” Furstenfeld said. “I hate her camp, but I love her..... First movie comes out, no song. Second movie comes out, no song. Her management was like, ‘Everything we told you was a lie.’” 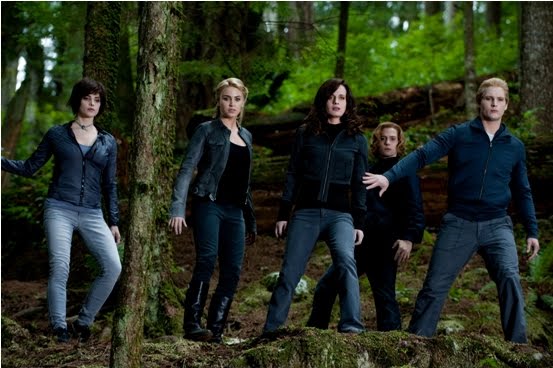 Looks like the Cullens are dressed for fighting or fight practice!! 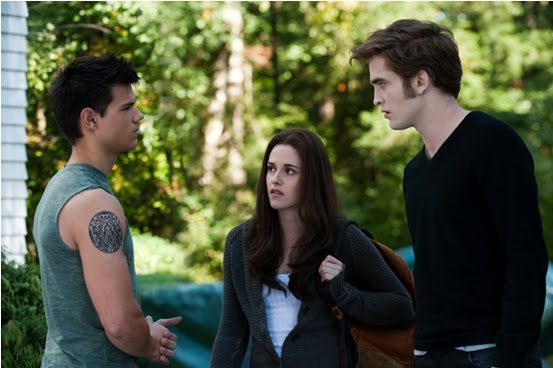 I have to say, I think Edward is gonna be smoking HOT in Eclipse, he looks great AND the bad wig isn't lookng quite so bad here :-) 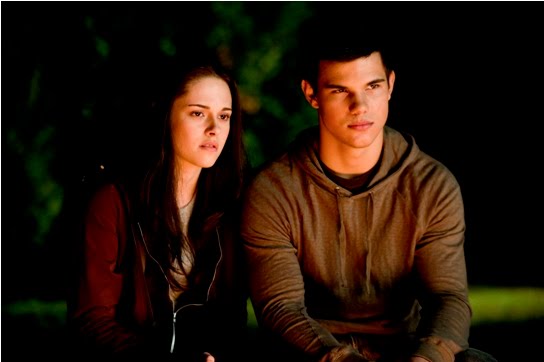 This looks perfect for storytime with the tribe, 'round the campfire!
What do you think of the stills??
Posted by JennM at 11:51 AM 2 comments:

This blog is a place for NEPA (Northeastern Pennsylvania) TwilightMoms to keep track of all the latest happenings in the world of The Twilght Saga. Information is gathered from some of the biggest, most popular Twilight sites, including but not limited to: TwilightMoms, Twilight Lexicon, His Golden Eyes and Twilight Guide for us to enjoy and discuss. I am in no way taking credit for this news.

Want to Join Us??